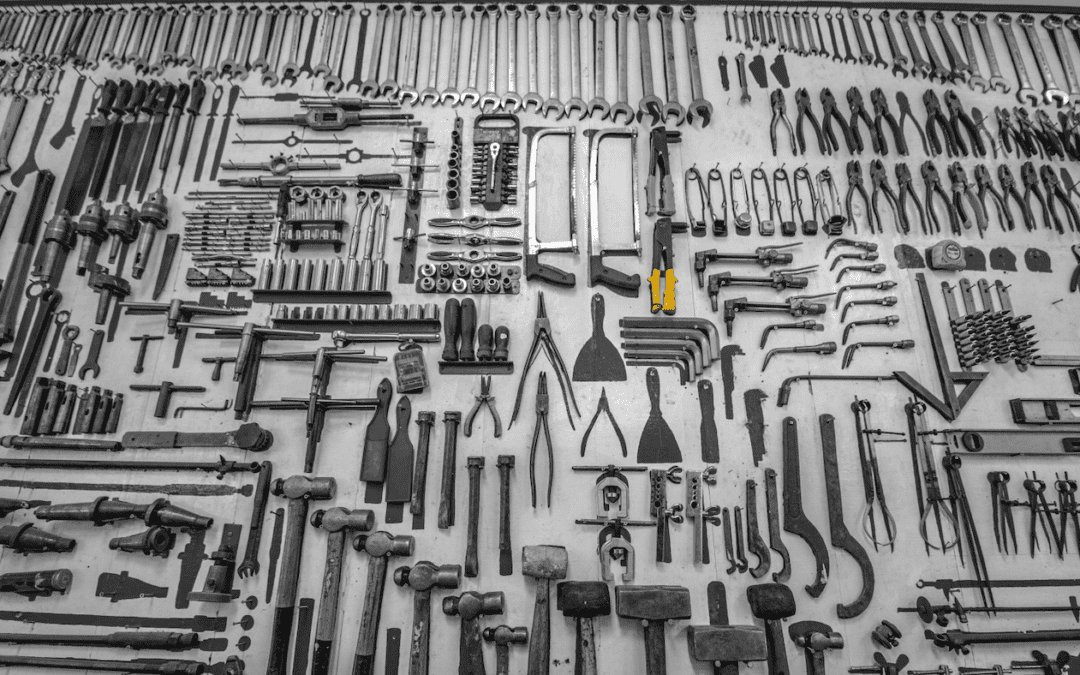 If you’ve been a manager for any period of time, I’m guessing you’ve had a day like this:

x  recruiting for that vacant role for the third time in 6 months. Yet again, it’s a pile of resumes from the desperate and dateless

x  there’s a faint smell of a grass fire smouldering somewhere in the back office. Your team haven’t twigged yet; if someone doesn’t act it will burn a hole the size of Belgium in your operation

x  another 100 emails landed in your in-box while you were on the phone; you’re so overworked doing the basics that you missed a major deadline – now you’re taking the long way to the loo to avoid the boss’ office.

Those levels of stress and anxiety are not sustainable for 6 months, let alone the 3.3 years that the average Aussie stays in a job.

No wonder you’ve opened this article to learn how to shake your team up so they can support you to do your job!

What if you had a tool that:

√  improves outcomes for clients, who start saying nice things about your work

In short, a tool that uses strategies that the most successful companies in the world have been using for millennia.

It’s A Shame That People Don’t Come With A Manual… Or Do They???

Back in 2200 BCE, the Chinese emperor scrutinised his new recruits before, during and after their time on his staff. Workers were assessed every 3 years, in a system which then lasted until well into the 20th century. In 1115 BCE, candidates were being asked to do work samples, and prove their skills in archery, arithmetic, horsemanship, writing and ritual practices. (And you thought you needed to be multi–skilled!)

Personality profiling helps reveal why people are great at one thing but lack the capacity to do other tasks. It helps you anticipate what someone might say or do in a given situation. And it gives you tools to talk to people when things get hairy.

Even You Use Personality Profiling Every Day

Personality profiling is how you know that when you ask Alex to do a task, you will get more buy-in if you deploy a little bit of social lubricant. Or that the boss just wants the facts, dammit, and you’re likely to receive a rude slap of the tongue if you chat about the weather – leave that for your conversation with Alex.

It’s also how your instincts know that Taylor will get that report wrong – for sure!!!!!

Personality profiling takes our natural wisdom (the wisdom that has kept us going as a species) and turns it into a formula or system that means you can, quickly and accurately, follow the bouncing ball to get the most out of every situation.

And how do we know it works?

Humanities has always been my thing, never maths, but didn’t we just say it’s been around since 2200 BCE?

Much longer than the internet, although that’s still pretty good for finding out how to put personality profiling into action.

Personality Profiling Gives You Insight Into How YOU Operate

Aside from showing you how to get the best out of your team (plus your manager, your spouse, your kids, your CEO, your bank manager, and your child’s teacher who is underpaid and overworked), personality profiling helps you discover why you do what you do.

It can tell you about attitudes you have inherited and behaviours you have developed. The skills you’ve learned because they were necessary, because they served you well and got you through life – what it doesn’t do is judge you as a person.

It also isn’t a guarantee that that’s how you’ll act every time, in every situation, with every group. It’s just an indicator of how you’ll react most of the time. And the best thing about that? When you recognise the habits that don’t serve you anymore, you can trade them in for new ones!

Why It Pays To Understand Your Own Personality

Your boss asks you to write the interim report for a funding body.

Your strengths lie in your ability to be thorough and to produce well–researched, top–quality work. So you’re determined to do the best job you can – come hell, high water or perpetual headache.

But really, did the boss ask for 136 double-sided pages? Wasn’t this an interim report that had to be out the door by 3pm because the funding body already nabbed you 3 times for late reports?

And what about how you spoke to the regional manager? They may never speak to you again after you snarked at their offer to help with the report.

20 minutes doing a personality profiling questionnaire might reveal that you have a tendency towards being perfectionistic. And knowing this can change the way you do the next report – and get back in the good books with the regional manager, and, and, and, and…

Being aware that you’ll want to do an award–winning job with every single report isn’t the final word on who you are or what you’re worth. It’s just a framework for the way you prefer to work. A guide of where to let yourself roam and where to rein yourself in.

Personality Profiling Helps You To Manage Others

It’s natural to feel more connected to people who have similar traits to us. For that reason, we may feel genuine discomfort, lack of confidence or even fear when working with people who operate a different way.

So how do you avoid creating a nice uniform team of mini-mes? A mob of staff who think and act just the same as you, their fearless leader?

While at first that might sound like the Love Boat, a team that thinks and acts the same won’t give you a workplace that’s able to negotiate choppy waters, forge ahead into new seas or be the friendly and helpful crew that your clients expect and deserve.

As Marie Curie, the first woman to win the Nobel Prize said,

“Nothing in life is to be feared, it is only to be understood.
Now is the time to understand more, so that we may fear less.”

Perhaps that explains why she was also the first person to win The Nobel Prize twice!

The more you understand your staff, no matter whether you work for an Aboriginal business, a local council or a small business, the more confident you’ll be as their manager – guaranteed!

And isn’t that what every manager wants?

Or perhaps you want the opposite, accidently hiring a round peg that doesn’t fit in your square hole? Or even worse: perpetually walking the painful performance management pathway over and over again.

Perhaps you’re happy to forego up to 140% of a worker’s salary which is lost in rehiring (probably more in rural areas, definitely higher in remote). Plus the hidden operational costs that just blow into the desert during the recruitment process.

Personality profiling reduces the swing and miss factor that can make recruitment a waste of time and effort.

Your IQ is pretty stable throughout your life, but your EQ… well, you’re in charge of that one.  And learning how others operate increases your emotional intelligence.

Think of it this way: we all start life with no emotional intelligence. That’s right: zero.

So why is it that some people know exactly what to say to their staff, every damned time?! And those same people seem to have the happiest, highest functioning teams in the whole building? The best client outcomes? And they seem to get regular pay rises when you haven’t had one for more years than you can count?

EQ can be learned, making personality profiling a valuable tool for all of us.

And of course, management coaching can help cement your EQ skills, which will set you up for the next career move and ease the squeeze in the current one.

Personality Profiling Lets You Get More Out Of Your Team

Once you have your bundle of personality profiles, here are some ways to use your new, deeper understanding of your staff:

√  It’s fabulous for performance management. Since you’ll know more of where your staff’s strong and weak points are, you can create an environment where they can be their best.

√  It’s great for increasing engagement. You can invite staff to contribute in a way they’ll understand and enjoy, now that you’re clearer on what’s driving them.

√  It’s awesome for delegating jobs. Personality profiling will help you know who will do the best budget for the office Christmas party and who will ensure everyone has a drink in their hand. (Definitely not the same person!)

√  It’s excellent for making your organisation lean and efficient. By tailoring your staff’s strengths to their work, they’ll be comfortable with their tasks. This will mean they’re naturally more committed to what they have to do – and everyone’s productivity will increase.

√  It’s vital for making plans for the future of your operation. If you know what your staff fear, avoid or don’t have the temperament to do well, you can start thinking strategically how the organisation can address the risks that come with those gaps.

Plus, You Can Select Your Next Team Better

Of course, when you do need to recruit your next Employee of the Year, personality profiling should be on the top of your management tool box.

You’ll be able to:

Not All Personality Profiling Systems Are Created Equal

When choosing a personality profiling system for your management practice, remember that all the psychological jargon in the world is worth zip if you can’t put it into action, action, action at the drop of a hat!

If it can’t be captured in simple language, in a format you can relate to super quickly, then it’s almost certain to become just another training session you’ve been to but didn’t actually implement (too busy).

The system I use was designed with exactly that in mind.

Keep it simple but effective, so that normal people will actually use it to improve every aspect of their lives.

The system I use was developed by the person who has been my wing-man for 20-odd years and under whom I certified as a coach. Paul Blackburn has been a personal coach since before it was a thing. He’s been helping people achieve what’s important to them for over 35 years. He’s put this system together having worked with over 400,000 people.

Plus, Paul’s system is as approachable as he is, the humble ex-builder who walks his talk.

Since You Wouldn’t Treat Your Staff This Way…

Personality profiling is a foundation of people management that you can’t afford to be without. You owe it to yourself and your staff to have at least some understanding of its capacity and benefits, but really, it should be on the top shelf of your management tool box.

Think of it this way: no manager in their right mind would send a newbie non-Aboriginal staff member, straight off the boat from Melbourne, to work in a remote Aboriginal community with zero cultural training – would they???

A half-decent manager would not want to see their staff stumbling through their brand-new job, getting their foot stuck in their mouth and hoping they haven’t offended the very people they came to help.

Any manager worth their Troopie would respect both their clients and their staff much more than that.

To save everyone the discomfort, embarrassment and paperwork that comes with client complaints, they would make sure that cultural training was the newbie’s very first intro to the job.

Personality profiling is just as important: it’s like cultural training for yourself and your team.

Email me and I’ll gladly walk you and your team through the system that once saw a staff member thank me for performance managing them!

Let’s see if we can get those same results for you.