Emotional Intelligence, The Most Important Skill A Middle Manager Can Have 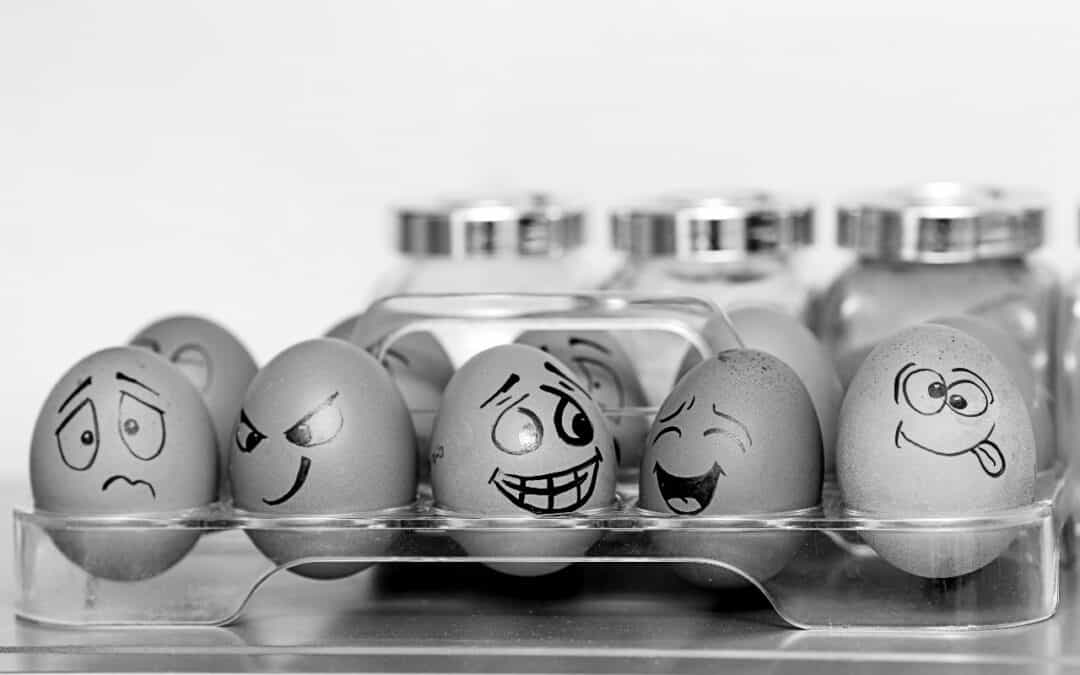 What Is Emotional Intelligence Again?

One of my favourite subjects is emotional intelligence, or EQ. I’m sure you’ve heard of it, but you might not be clear on what it is – or how it’s part of every interaction you ever have. At work, home and school. Down the pub, with your sports team, at the supermarket. With family, friends and frenemies!

Your EQ is your ability to:

√  Recognise your own emotions…

√  And know how to manage them wisely.

And your capacity to:

√  And know how to influence them – in a way that means you both benefit.

Said another way, it’s your brain driving your emotions – and not the other way around.

EQ Can Be Learned!

Unlike IQ, you can and do develop emotional intelligence over your lifetime.

If it doesn’t develop when your boss wants a ‘chat’ about the poorly chosen joke you emailed to the whole company, the good news is that you can start to embed small but important changes in as few as 18 days.

When the Brereton Report was released in 2020, it snapped the attention (and the scorn) of various international leaders.

The report documented the shameful behaviour of the Australian military in Afghanistan.

Most nations made no comment, but China certainly did. With Australia-China relations in the toilet at the time, China’s response – an emotionally un-intelligent one at that – came via Twitter. The post showed a clearly doctored photo of an Australian soldier threatening an Afghan child.

Prime Minister Scott Morrison reacted by calling China’s meme ‘repugnant’ and demanding an apology. He said, ‘It is utterly outrageous and cannot be justified on any basis whatsoever.’

Now that’s not a line that will win friends or influence enemies.

ScoMo’s response was confrontational and left nowhere for Australia to move when China refused to apologise. (Which it still hasn’t done.) It also paid little respect to balancing political sensitivities.

Both sides were provocative, acted from their egos, and lacked a desire to protect the relationship. Both focused on firing cheap shots across the South China Sea.

A diplomat acting with high EQ in this scenario would:

√ act in way that was quiet, managed, calibrated and deliberate

√ seek to creating an outcome that was win-win

√ carefully choose their words to keep the dialogue flowing.

Emotional Intelligence – The Most Important Skill In Management

EQ is one of the most important skills any manager can learn, either through professional development or executive coaching.

By using EQ to tap into the needs of the other party, everyone can leave an interaction satisfied. While you’re learning it might be a slower process, but it facilitates more clarity, confidence and strength in the relationship in the long run. Going off our definition of EQ above, Scott Morrison did recognise his own emotions (that’s #1). He was very clear that he was offended by China’s behaviour.

(Don’t skip this one – your emotions are valid, and by acknowledging them you can then understand where you’re coming from. Vital first step!)

But that doesn’t mean we just let our emotions rule us – ScoMo also needed to show the ability to manage his emotions (#2).

Instead of being combative and acting like the biggest kid in the playground, Morrison needed:

√  Insight into Australia’s position in the world: Australia is really pretty puny when it comes to an international schoolyard brawl. We only rank No 13 on the World Economic League Table, compared to China at No 2, and Australia’s on the way down…

√ An understanding of China’s needs (#3): Xi Jinping keeps asking the world to respect China. Had Australia been cleverer, we could have acted with respect for China – and for ourselves.

√  Careful, positive communication, designed to influence China, open dialogue and look for common ground (and that’s #4). The next steps in the Australia-China relationship could be very different if Morrison had said, ‘I’m very disappointed that we’re not working together on our shared goals for a strong, peaceful trade relationship.’

Scott Morrison’s reaction shows that the worst enemy of EQ is the ego.

In this example, if Australia had set aside its ego, and tried to get into the heart and mind of China and show respect, both countries would potentially benefit from better trade and diplomatic relations.

How To Use EQ At Work

When you can speak and act strategically with staff both up and down the organisational chart, you generate a collaborative, creative space where work will flow more easily and performance will flourish because staff feel engaged and respected. Your team will be much too engaged to gossip at the water filter!

So how do I strengthen my EQ?

√ Assume everyone comes to work to try and do their best. People don’t get out of bed so they can do a sh*t job. Approach every conversation (and performance management!) showing your staff you believe in them and their potential – and I guarantee you better outcomes.

√  Practise active listening. Make the other person the most important one in the conversation: don’t listen for the gaps where you can speak, listen to understand, and paraphrase what they’ve said to show them you’re paying attention.

√  Validate the opinion of the person you’re talking to. If they don’t feel heard – really listened to – they will continue to bang their drum until they do feel heard, or they will disengage.

√  Choose your words carefully. Think about what you want to say so it lands the way you want. You may only have one chance to give important feedback or advice – and you want to make sure it sticks. Try rehearsing your key message in a few different ways: which version sounds like it will keep hearts and minds open?

√  Give feedback promptly and strategically. Using good EQ in regular feedback prevents performance management – and saves you blurting out your built-up frustration in a destructive way.

√  Practice self-awareness and mindfulness around your own emotions and your reactions to them. This will naturally make you more aware of others’ feelings and responses.

EQ In A Nut Shell

So what does the Australia-China situation tell us?

That good diplomacy, and good communication, can ONLY exist when someone acts with high EQ.

You can give someone the worst news in the world if you deliver it with EQ – with the other person’s emotions and feelings at the forefront of your mind.

A communicator with high EQ learns how to:

√  acknowledge their own emotions, and work with them · use their insight, into themselves and the situation, to work out the best action

√  speak with care and show their empathy, to maintain a strong relationship and pave the way for a fruitful collaboration

Strengthen your EQ, and watch how your relationships – and your workplace – change around you.