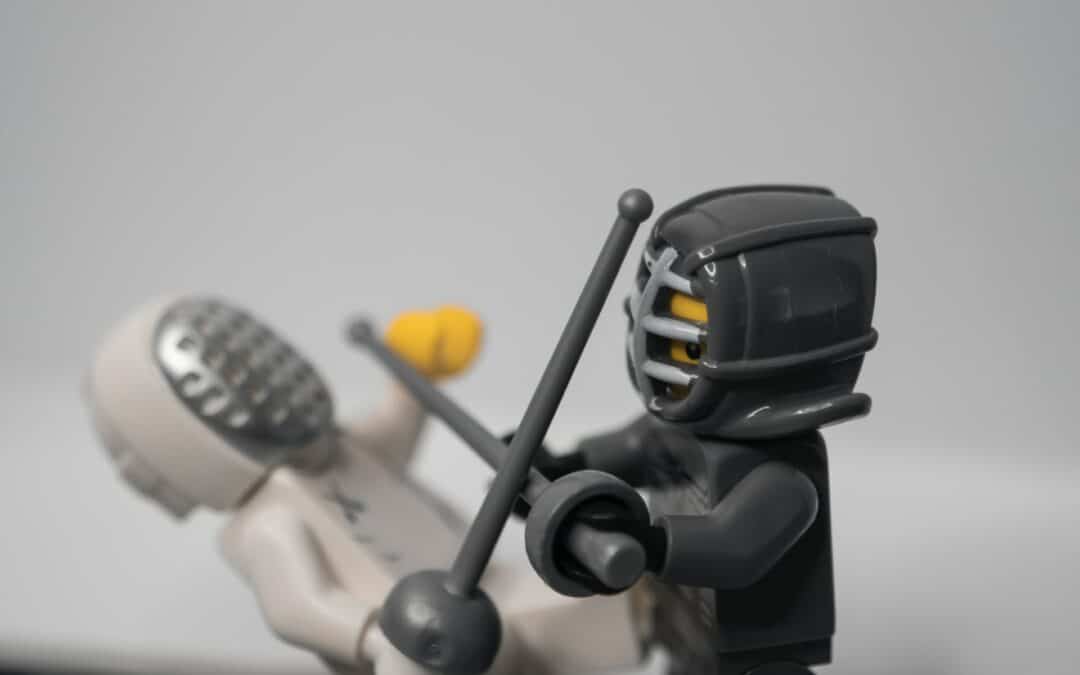 Are there days when its feels like your different teams have learned their skills not from The Office – but from Lord of the Flies? When the field workers are up in arms about the townies in the central office who ‘have no idea about what’s really important out here’? When the office on the other side of town just forgets that you all share clients, mission and vision as part of the one organisation?

If you dread walking in to an all-teams meeting to find the desks forming a barricade and the annual reports feeding a fire at the centre of a war ritual – this post is for you.

It can be good to revisit some basics of teamwork and collaboration. When your staff have gotten so inward looking that they can’t see what brings you together as an organisation, remember that you, as their manager, have the power to influence them.

A scary example of the power of influence is the Robbers Cave experiment. I use this all the time in my leadership coaching, and you might have heard of it – it’s a famous experiment involving 22 American boys at a summer camp that may have devolved into a bit of a disaster zone. And yes, it sounds a little bit like William Golding’s infamous novel, Lord of the Flies, which happened to be published that same year.

But what it’s also great for is showing how to dissolve dissent and create community within the team and between teams. Just don’t try this one at home – or in your workplace.

In the summer of 1954, social psychologists Muzafer Sherif and Carolyn Wood Sherif organised for 22 kids to join them on an ordinary-looking holiday camp at Robbers Cave State Park in Oklahoma. They were all boys aged 11 or 12, white, middle-class, Protestant, from 2-parent households. Nice, ordinary boys.

The trick was that the researchers posed as camp counsellors and deliberately orchestrated the group dynamics to see what would happen in a real-life conflict. The poor kids never knew they were the experiment.

It’s how they brought the group back together that makes this case so important in management training courses.

The experiment began with classic team-building. In Stage 1, the boys were (unknowingly) separated into two groups and named themselves the Rattlers and the Eagles. It started off with getting-to-know-you, swimming, hiking, bonding – all in different bunkhouses, so the Eagles and the Rattlers never knew each other existed. Each group was proud to emblazon its name on their shirts and flags.

For the first 5 or 6 days, it all looked pretty normal.

In Stage 2 of the experiment, the Eagles met the Rattlers, the Rattlers met the Eagles, and pretty soon the insults started to fly. After all, my group is the best, isn’t it?

Then the ‘counsellors’ set it up so it was all competition all the time. Each group wanted to win at tug-of-war, baseball, swimming races… There was no consolation prize for the losers, but hell, there was a trophy for the winning team, and a pocket knife and medals for outstanding individuals.

No wonder the Rattlers put their flag up on the baseball field to claim it, and no wonder the Eagles burnt that flag when the going got tough. (But who supplied the matches, huh?)

The counsellors also turned the screw to increase the competition. One group got to a picnic first and ate all the food before the other group arrived. No way! And from flag burnings, it went to food fights, ransacking the other group’s bunkhouse, and stealing personal possessions. The situation got so hairy that the researchers started to wonder if they’d poked the bear just a bit too much.

After 4 or 5 harrowing days, it was back into two separate bunkhouses for 2 days. No contact with the other group, but plenty of solidarity within each team. Never been higher actually… but at what cost?

And then Stage 3: making the Rattlers lie down with the Eagles. Reconciliation and collaboration.

Now the counsellors set up activities designed to unite the two groups. First, they tried making the two groups hang out – they watched movies, they let off fireworks – but nothing changed. That was pretty scary, but luckily the counsellors decided to focus on opportunities for collaboration.

By the end of camp, the Rattlers and the Eagles were sitting and eating together in the dining hall, and happy to share the same bus home to their oblivious families. Harmony was established and the researchers had their dramatic results about how to make and break human connections in 3 short weeks.

Isn’t It Risky to Find An Enemy In The Real World?

So we saw that when the Rattlers and the Eagles each discovered their ‘enemy’, they became more united than ever among themselves.

But yes, naming an outside enemy can be risky… unless you do it right.

Here’s a trick to keep in mind – you don’t ever want the enemy to be a person, business or stakeholder you might need to work with in the future. (We saw how much work it took to reunite the Eagles and the Rattlers once they were at war, and I don’t want to see you damaging company vehicles to give your team a reunion project.)

Instead, have a think about these questions:

Can You Give Me An Example?

Here’s a great result from one of my professional coaching clients.

Amanda (not her real name) was in charge of the petty cash tin in her office – and it was a very busy cash tin, at that. She tried and tried to get a tax invoice attached to every financial transaction, but the mechanics in Amanda’s organisation really couldn’t have cared less. Stuff needs to be purchased, the job needs to get done, why worry about a piece of paper that’s going to get lost on the floor of your ute?

So we tried a little experiment to see if Amanda could influence her staff and boost their cash-tin compliance. We chose the ATO as the enemy – the big baddie outsider who could put the whole organisation at risk if the team didn’t nail those boring administrative details.

And it was a good, productive move.

Instead of Amanda being seen as a whinger always complaining about pointless paperwork, it was the big mean ATO who needed to be fed with regular receipts.

Everyone understood the enemy’s power (and no-one liked the ATO anyway). Everyone understood what was at stake for the organisation. And Amanda was suddenly inundated with crumpled tax invoices from down the side of the lounge and out of the Troopie’s glovebox.

How Else Can I Make My Workplace More Collaborative?

If Robbers Cave is still reminding you a little bit too much of your workplace, here are 4 more questions you can work through to change your teams’ experience from Lord of the Flies to Five Have a Wonderful Time.

The best thing about the Robbers Cave experiment is that someone has already done the hard work for you. The experiment showed that careful outside influence can drive innovation, create collaboration, generate engagement and enhance a sense of community in your workplace.

The question now is: When are you going to start to use your influence at work?

BTW – If you’re looking for another ‘must-have’ for your management tool box, here’s a technique that’s thousands of years older than the Robbers Cave – Personality Profiling – Your Number One Management Tool. Now you’re cookin’!